Olympic Golf returned in 2016.  The significance of this event globally is HUGE!

This golf course, built specifically for the Olympics, will be used as a public course once the Olympics are over.  Additional bonuses in the creation of the Rio course include the utilization of some fairly useless land. It helps to grow the game in Brazil, where there are no high-level players of note.  Congratulations to Gil Hans, who has persevered through thick and thin to get this project finished (with a few more grey hairs), and thanks to Will Medlock of Golf Monthly for the story!

We take a look at the Reserva Marapendi Golf Course in Rio. In less than twelve months time, golf will make its long-awaited return to one of the biggest sporting stages in the world.

At the 2016 Rio Olympics golf will be welcomed back after a 112 year absence, with some of the best players in the world set to compete for a gold medal.

There will be 60 professional men and women taking part, despite the call from many for the sport’s return to be open to amateurs only.

We decided to take a better look at what we already know about the course that the likes of Rory McIlroy will play for the very first time next August. 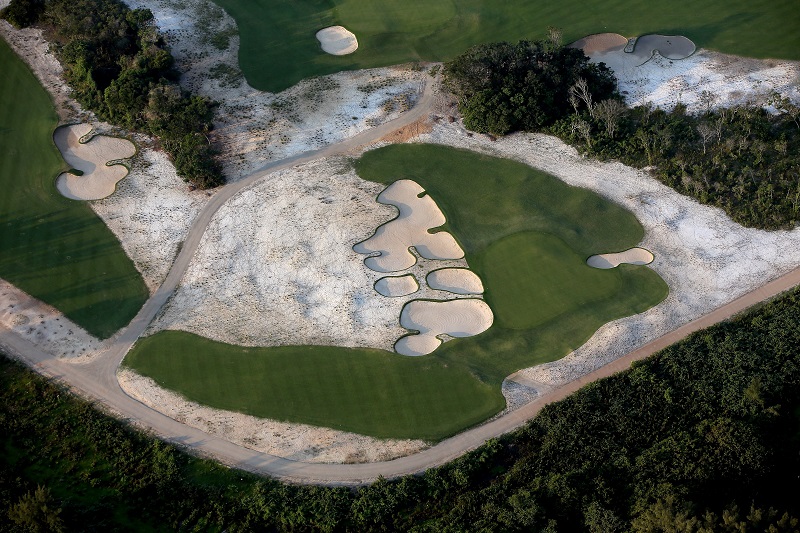 Thanks for reading  What do you think of the Course for Olympic Golf in Rio in 2016.