The USA won the 2015 Solheim Cup with a historic comeback.

It arose in part by the hot-button moment where Alison Lee thought her putt was given! As most of you now know, Alison was left with an 18-inch putt on the 17th hole, and when she saw opponents Charley Hull and Suzann Pettersen turn their backs and walk away, she picked up the putt. Pettersen quickly said that they did not concede the putt, and in the ensuing brouhaha, the USA lost the hole and that particular match.

It took until the following day for Pettersen to reflect and offer a heartfelt apology where she said that she got lost in the heat of the battle, etc. What else did she say in what I feel is the best-worded apology I’ve ever heard of, in any sport?

Suzann Pettersen apologizes for her part in the Solheim Cup controversy 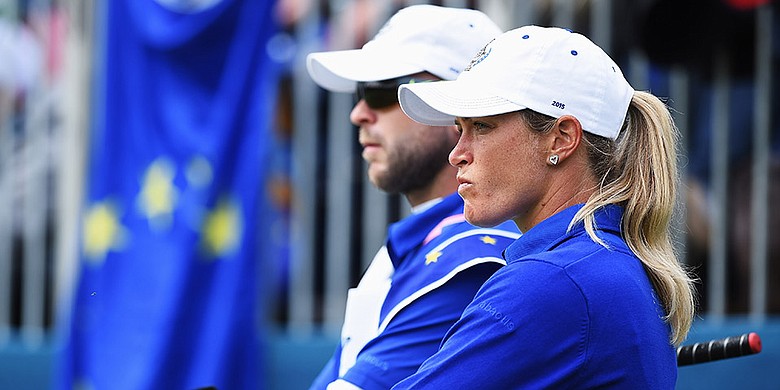 Pettersen had a change of heart Monday morning, apologizing for her actions at the 2015 Solheim Cup that sparked a controversy and may have fueled a historic U.S. comeback victory.

“I’ve never felt more gutted and truly sad about what went down Sunday on the 17th at the Solheim Cup. The big picture got lost in the heat of the moment and I am so sorry. I was trying my hardest for my team and put the single match and the point we could earn ahead of sportsmanship and the game of golf itself! I feel like I let my team down and I am sorry.

“In time I hope the U.S. team will forgive me and know that I have learned a valuable lesson about what is truly important in this great game of golf which has given me so much in my life.”

To have a complete look at Suzann’s apology on Instagram, go here!

One of my favorite players is back in the winner’s circle!

The comeback kids – can Tiger and Dustin do it?

Who are the 7 best Tour Players on Social Media?

The greatest comeback story of all time – Tiger or DJ – Neither!