2015 will go down as one of the more exciting years of golf for a very long time!  Jordan Spieth’s run at history, Jason Day finally getting his Major, and Rickie Fowler making a statement that he belongs with the world’s best.  But some great things happened on the European Tour as well.  Alistair Tait of Golfweek puts together his list of Top 10 moments.  One of the top moments for me was watching an amateur almost win the British Open!  The final round had all the drama you could ever wish for! Check out this great list! 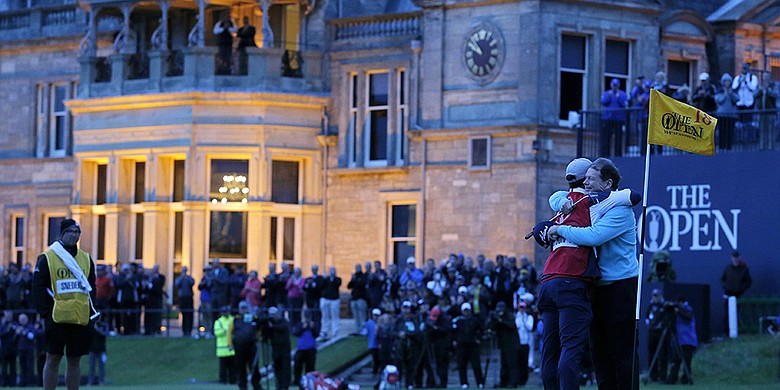 From the GB&I squad’s Walker Cup victory to Tom Watson’s final British Open, here are the top 10 moments from the European Tour and European amateur golf in 2015, according to Golfweek’s Alistair Tait: He establishes himself along with Sullivan, Broberg, and Fitzpatrick as a possible future Ryder Cup star. Don’t be surprised if the Belgian makes the team sooner rather than later.

9. Kristoffer Broberg showed why many insiders have long been talking up his talents.

He won the BMW Masters. Many feel he could be the player to challenge Henrik Stenson as the world’s best Swede.

8. England’s Andy Sullivan was the only player to win three times on the 2015 European Tour.

Best of all, he did it with a smile on his face. No surprise there: he’s one of the friendliest European Tour players.

7. Scots have taken many Americans to their hearts over the years. Add Rickie Fowler to that list.

His Scottish Open victory was one of the year’s most popular wins.