Written by Mel Sole on December 15, 2015. Posted in College Golf 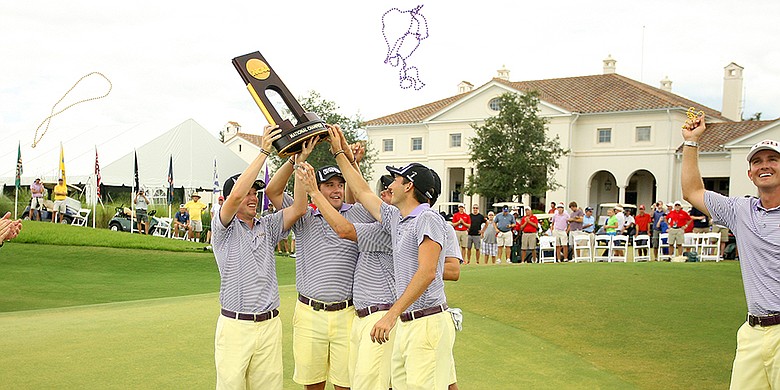 10. Auburn had to be feeling pretty good after this fall season.

Not only did the Tigers hold the top spot in the Golfweek/Sagarin rankings, but senior Michael Johnson topped the individual rankings, as well. War Eagle. University of Washington golfers practice at Washington National Golf Club in Auburn. Cheng-Tsung Pan is a top-ranked college golfer in the country and will be a contender in the NCAA championships.

This marked Pan’s seventh career individual victory, setting a Washington school record. The then-Huskies senior went on to win another time at the Bremerton (Wash.) Regional, finishing his college career with eight titles.

8. No team had a more dominating regional performance than Oklahoma.

The Sooners traveled west and won the San Diego Regional by 20 shots at 21-under 843. They also did it without having the individual champion, although Max McGreevy and Michael Gellerman did share runner-up honors to Arizona State’s Jon Rahm.

7. Oklahoma might have had the more impressive regional win.

But Charlotte’s victory at the Chapel Hill (N.C.) Regional was arguably the best story. The 49ers were the ninth seed but rallied past Stanford to win by five shots and capture the program’s first regional title.

6. After falling short of expectations last fall, Texas had a spring season to remember.

The Longhorns won six times, including conference and regional titles. They also won the Western Intercollegiate and Southern Highlands Collegiate Masters, considered two of the top regular-season events, by 14 and 10 shots, respectively.

4 Big Reasons That You Should Tee It Up In the Fall!