What a great season for the LPGA!  In a year where two new stars emerged, the current #1 player upped her game, and some of the older players showed their grit, it was a standout year!  Read on as Beth Ann Nichols writing for Golfweek, gives us her take on the last 12 months. 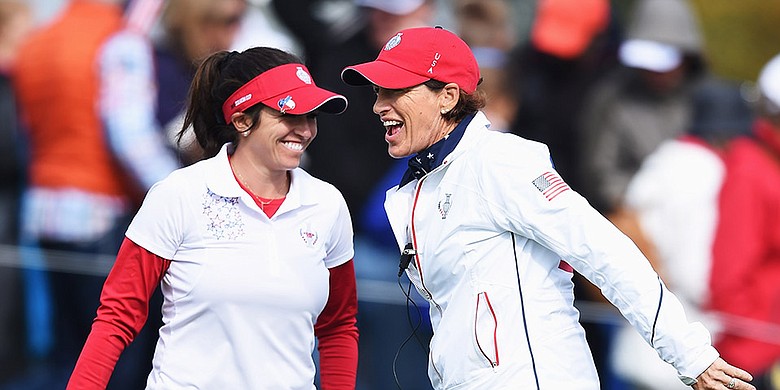 From Lydia Ko’s historic season to a memorable – and controversial – Solheim Cup, here are the top 10 moments on the LPGA in 2015, according to Golfweek’s Beth Ann Nichols: On a tour dominated by youthful storylines, Tamulis’ victory gave hope to the grinders. It proved especially heart-warming given that her caddie, Thomas Frank, aka “Motion,” lost his home in a fire earlier this year while he worked for Tamulis in Hawaii. They’re easy to root for. She didn’t get the attention she deserved because of the time zone difference in South Korea. Yang birdied every hole on the back nine Sunday to shoot 9-under 27, the lowest nine-hole score in relation to par in LPGA history. Yang joined Hall of Famer Beth Daniel as the only LPGA player to post nine consecutive birdies. 8. For a second time, Brittany Lincicome eagled the 18th hole.

The hole location was the same in 2015 at the ANA Inspiration as it was in 2009 when she hit the hybrid of her life. This time, Lincicome’s eagle forced a playoff against pal Stacy Lewis, and she won on the third extra hole. Lincicome led the field that week in driving and total putts. She owned it. The 18-year-old ended her quest for an LPGA card in a dramatic finish, setting a tournament scoring record of 21-under 267. Her eight-stroke margin of victory also smashed the previous record of six set in 1999 and 1986. AND Henderson Monday-qualified for the event. She wasn’t yet a member of any tour but rose to No. 18 in the world. Put her seventh on the LPGA’s list of all-time major winners with seven. Whether or not it gave Park the career grand slam is up for debate, but she has now won four different majors. The 27-year-old ended the season by becoming the youngest player in tour history to earn enough points to qualify for the LPGA Hall of Fame.

The less glamorous side of tour life – One girl’s epic story!

Would You Like To See LPGA Play the Same Courses as the PGA?