Written by Mel Sole on May 21, 2016. Posted in Golf Instruction, Golf Science

New Teaching Technology Emphasis using the ground for Power!
Golf Chats is a website to encourage discussions on various subjects relating to the game of golf. I am Mel Sole, Director of Instruction of the Mel Sole Golf School and SAPGA Master Professional.  I invite you to enter into a discussion on this or any article on the golfchats.com website.  The input is for the entire subscriber base to learn something new each time!  Please post your comments below.  Keep it clean and tasteful.  We are here to learn from one another!
The latest Teaching Technology is helping the good players become even better.  Things like FlightScope, V1 Software analysis, BodiTrack COP units all help measure data that was previously unknown.  Some things that appeared to be factual are now proved to be false.  And others have proved to be quite true.  The secret to all of this is in the person reading the data. Not the person hitting the ball.  The combination of feel from the player and fact from the instructor will make teaching much more efficient than it ever has been in the past.  Thanks to my good friend Terry Hashimoto of BodiTrak Sports ‎@boditraksports for this enlightening article.  I hope this will educate and help the average golfer go out and use this technology to get better!

Any time new technology makes its way onto the PGA Tour, it’s always interesting to take a step back and observe some of the general trends.  To see what we can learn from the new data it provides. One new piece of technology that is growing in popularity on professional tours is BodiTrak, which I co-developed. BodiTrak a pressure-sensing mat that helps athletes understand how they interact with the ground, which, of course, is great for the golf swing. As we continue to learn, the movement of a golfer’s center of pressure, or COP, is crucial to performance, and that’s exactly what BodiTrak measures.

The importance of pressure or weight shift isn’t a new concept at all, though. Hall of Fame instructor Jim McLean wrote an article for Golf Digest 25 years ago that discussed the importance of being able to load into your trail leg and explode onto your lead leg. McLean’s postulate from 1980 was resisted by some, but is now being confirmed — almost universally across the instruction community — with data from BodiTrak mats.

“Now with BodiTrak Pressure Mapping, even those most pessimistic doubters and anti-weight movement teachers have to concede that great ball strikers and all PGA Tour players load pressure into the trail foot in the backswing for a driver,” McLean says. “They then unload quickly back to the lead foot, and explode out of the ground through the impact interval.”

We’re only scratching the surface in terms of data collection on Tour, but I wanted to share a few of the most notable trends, as they might be relevant lessons for the average club golfer.

The vast majority of Tour players load at least 80 percent of the pressure into their trail leg in their backswing and at least 80 percent into their lead leg at impact with their driver swing. Some golfers that BodiTrak has measured, like Jason Day, putting as much as 95 percent of their pressure on their trail leg near the top of their backswing. 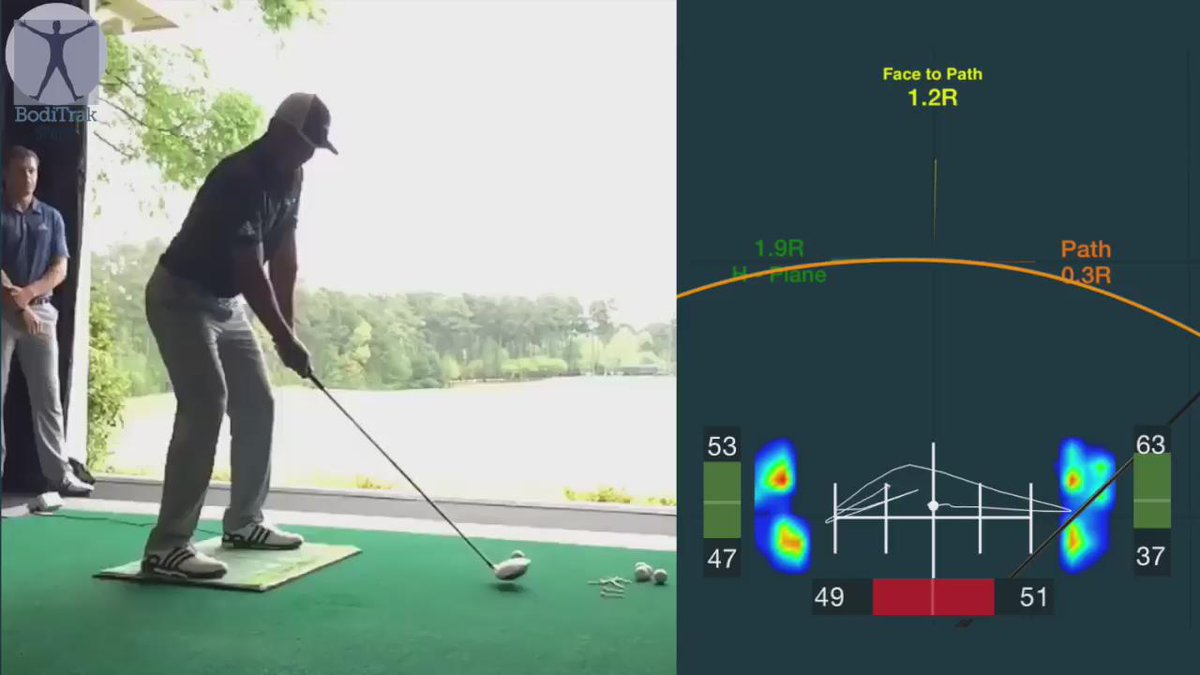 This move requires tremendous physical ability, but it’s foundational to Tour-level distance and consistency. Titleist Performance Institute co-founder Dave Phillips analyzed how Day’s elite hip mobility and stability make this move possible. Many amateurs (and some professionals) don’t have the requisite physical capabilities to do this, while others have inefficient technique. McLean refers to the transition to the lead leg as the key move in the golf. Golfers who fail to do so invite a number of potentially harmful swing tendencies. As PGA Tour instructor John Tillery says, “I’m convinced that the overwhelming difference between amateurs and Tour players is how and when they shift their pressure.”

Most Tour players have a linear trace with short irons

As a general rule, we’ve found the golf club wants to follow a golfer’s pressure trace during the swing. Many instructors advocate a linear trace because it encourages a neutral club path from which golfers can either fade or draw the ball. There are exceptions, but if you review BodiTrak’s library of PGA Tour data, you’ll see that linear traces are extremely common in precision swings. Linear iron traces are often drastically different from dynamic traces seen in many powerful driver swings. The explosive speed of a Bubba Watson or J.B. Holmes results from tremendous ground reaction forces, evidenced by a center of pressure trace we often refer to as a “Z Trace.” 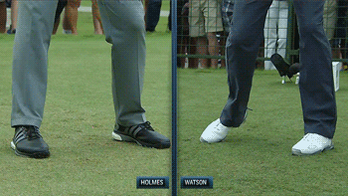 A look at the footwork of long hitters J.B. Holmes and Bubba Watson.

Thanks for watching New Teaching Technology Emphasis using the ground for Power!

Learning to hit the ball first and then ground just got easier!

A multitude of workouts for your golf swing – All you will ever need!
How good are you at golf etiquette – Here are the top 10 rules!
Where does all that power come from in Rory’s swing?
Learn the high shot out of the rough around the green.
PLEASE SUBSCRIBE TO MY CHANNEL, LIKE THIS VIDEO, SHARE IT WITH A FRIEND, LEAVE A COMMENT!